Try these five spiked frozen treats during the dog days of summer.

Published on Aug 9, 2012
By Danielle Beurteaux 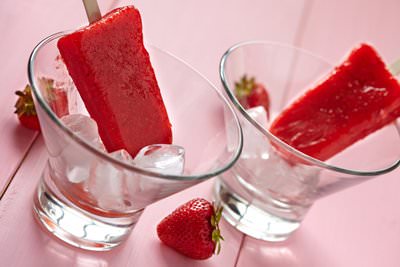 Inventive mixologists across the country are offering ways to have your dessert and drink it too. They’re mixing up spiked versions of your favorite frozen summertime treats perfect for the hottest days of summer. Here are five to cool off with now.

Brooklyn Bowl, a bowling alley and concert venue in the Williamsburg neighborhood in Brooklyn, New York, offers up their Bourbon St. Shake, a milkshake of vanilla ice cream and Nutella with a shot of Jim Beam for $ 13.50.

New Orleans’s Bourbon House offers an icy take on the classic milk punch by mixing vanilla ice cream with milk, Old Forrester’s Bourbon and simple syrup. Voted “Best Bourbon Milk Punch” at Tales of the Toddy competition at Tales of the Cocktail in 2010, it’s only $ 7.