Patrick Ricard, Chairman of Pernod Ricard, Passes Away at Age 67

Wine Enthusiast’s Wine Star Award Man of the Year in 2006, who built the second-largest spirits company in the world, died in the south of France. 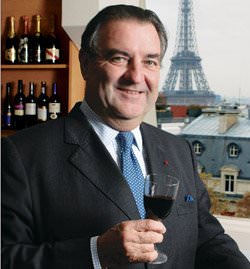 Patrick Ricard, the chairman and former chief executive officer of the French alcoholic beverage conglomerate Pernod Ricard, passed away on Friday in the south of France after suffering a heart attack. He was 67 years old.

The son of the Ricard company founder, Paul Ricard, Patrick Ricard’s innovation and keen marketing sense revolutionized the little-known business into the world’s second-largest distiller by sales. Much of the company’s early success was founded on the popularity of the ubiquitous drink his father created in the 1920s—the aniseed-flavored apéritif Ricard, dubbed “the real pastis from Marseille.” The drink raised the company to national prominence, but it was under the direction of his youngest son, Patrick Ricard, that it grew exponentially.

A warm man, Patrick Ricard claimed to have little choice about joining the family business in 1967 in Marseille. “Papa would have regarded it as a form of betrayal had I not joined Ricard. He was a strong character, and anyway, in those days, you did what you were told,” he said in an interview.

Just a few years after Patrick Ricard took his first position, in 1975 the Ricard company merged with Pernod, the rival pastis maker. This major deal was one of many eventual consolidations that Ricard pursued as chairman and CEO of Pernod Ricard—positions he held from 1978–2008. In 2008, Ricard stepped down as CEO but remained chairman. Pierre Pringuet took over the position.

In an effort to further expand Pernod Ricard’s international appeal, Ricard acquired a portfolio of beverage companies from around the world during his tenure: Austin Nicholas/Wild Turkey in the U.S., Ramazzotti in Italy, Irish Distillers in Ireland, Orlando Wines and Wyndham Estate in Australia, and later Seagram in Canada and Allied Domecq in the U.K. in 2005.

Patrick Ricard is survived by his wife and three children. Pierre Moscovici, France’s finance minister, said in a statement that his passing was a “heavy loss for the community of French entrepreneurs.”