The origin of Viognier is unknown although it is believed that it was introduced along the Rhone Valley. The Roman emperor Probus brought the vine to that region in 281 AD. No one knows the exact history behind its name either, the only explanation people could find was that it may be named after the French city “Vienne” which was a major roman outpost, however some believe that the name was drawn from the world “Gehennae” which means “valley of hell”. 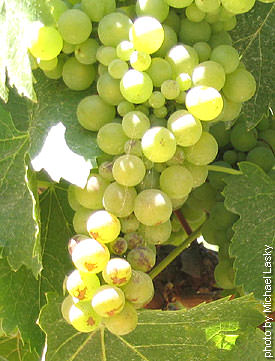 Viognier was fairly common, although now it was a rare white grape grown in France, the price of the wine has risen due to its shortage. However it was rescued from extinction just a few decades ago and now it is the hottest yet best grape variety going around. It has become a rising star in California vineyards; still the most desired bottling comes from Condrieu, a region near the city Lyon, in Rhone.

Viognier is now widely planted in Italy, Brazil, California and Australia as well. The future of this kind is assured, the wine made from the variety are the most sensual yet the finest in terms of quality. Some of the plantings are still on their experimental phase and it may take another decade to measure their quality, and see the best among them.

Viognier is somewhat difficult to grow, because of its shy characteristics. Viognier is very sensitive to fungi and it has low and unpredictable yields.  If the crop is harvested too early, it loses all of its flavors; if it is harvested too late, the end product becomes too oily, that lacks the natural floral aroma. The bud tolerates climates from warm to cool; the fruit however develops some of its characteristics with wide seasonal variations. It must be harvested at its peak of maturity in order to get that unique flavor and aroma.  The grape has a deep yellow color with a strong scent and is high in alcohol when it is fully ripens. For grapes to reach their full concentration, they are grown on steep granite slopes. Due to centuries of cultivation, producers have managed to find the best techniques to deal with some of the difficult characteristics of the grape; also Viognier is relatively more expensive that other wines in the market due to its temperamental characteristics.

Viognier is one of the wines which give the best taste as they age, some don’t reach their full flavor profile until 15-20 years of age, and some are left to age for a minimum of 70 years for example Chateau Grillet, It is one of the wine varieties, where the grapes are harvested early and the wine is oaked for a certain amount of time before its bottled. It has a reputation of being left in oak for decades, though in some instances it is best consumed young. The aging results in a delicate smooth white wine with a powerful sweet scent. The main attraction of Viognier is its powerful rich and complex aroma that can be described as overripe apricots. Viognier is made in a dry style, which tends to appeal the typical Chardonnay drinkers. It is similar to Chardonnay, but has much more tropical fruit attribute. Viognier has a beautiful deep golden color that comes with an intense flavor.

The strong aroma of Viognier causes it to best paired with foods like Thai or Indian cuisine. Another combination is with seafood, especially shellfish. There are certain weaknesses to watch out for when having Viognier, because of its tendency towards high alcohol and low acid; it will increase the heat of some dishes, which could lead to unpleasant burning sensation.

It also truly shines with fruit dishes, such as tangy fruity barbeque sauce, mango chutney or pineapple salsa. Try to stay away from sauces high in acid such as raspberry or cranberry sauce. It also goes well with slow cooked vegetables and salty, fatty snacks such as Cashews, beer nuts and Macadamia nuts.