Ice Cream Cocktails Make It and Take It Party 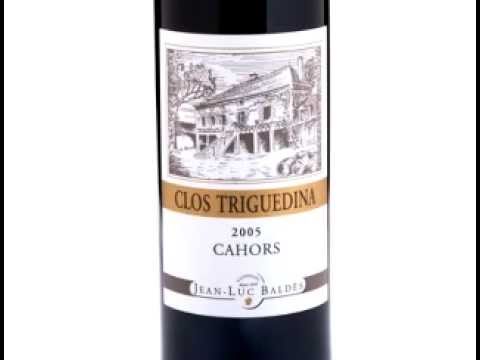 How quickly things change in the world of wine. What was new becomes old, and what was old becomes new again. Like Malbec, for instance.

I’ve told this story before: Malbec, originally a prized partner in the French Bordeaux blend, fell out of favor in the old country in modern times, but it became a trademark grape in New World Argentina, where wine makers – many of Italian heritage – used Malbec in earthy, robust table wines from beautiful Mendoza on the slopes of the Andes.

I came to love this Argentine red, not only because it was cheap but because it spoke not only of its fruit but the soil in which it grew. A glass of the stuff inspired me to write these words in the autumn of 2004, only eight years ago:

Malbec, almost alone in its market niche, isn’t only about fruit. Although its fruit is usually forward and easy to enjoy, it almost offers a pleasant earthiness, a hint of clean, moist clay that suggests a sense of place in a distinctly Old World way.

If you find it hard to visualize a desirable aroma or flavor component in wine that’s reminiscent of mud, let’s consider an analogy that, for me, helps explain minerality in wine: We recently endured a 39-day late-summer drought in these parts, a dry spell that finally ended with long and heavy rains last week.

Now, think about walking outdoors after such a drought-breaking rain, and watch the clean runoff water trickling down over hard-baked clay and dusty limestone. Take a deep breath. Remember that fresh, aromatic, earthy smell? When I pick up an aroma like that in wine, it pleases me in a deep and compelling fashion that’s much more emotional than rational and that takes me back a very long way. This scent of the earth makes an appealing adjunct to simple fruit, and I consistently find it in Malbec.

That was then. Now? Not so much. Over the past decade, it seems, many – perhaps most – Argentine producers have jumped on the bandwagon of “international style,” seeking a U.S. Market by tamping down the earthy minerality in Malbec in favor of high-alcohol, fruit-forward blockbusters. (With dinner recently at a local Argentine restaurant, a Malbec from Valentin Bianchi did show some Mendoza terroir but it also came in at 14 percent-plus. It worked with steaks from the parrilla grill, but the alcohol wasn’t entirely food-friendly.)

So what’s a lover of old-school Malbec to do? The other day, shopping for wine at Trader Joe’s, I ran into one happy option: Cahors, the Southwestern French wine region not far from Bordeaux, is one place where Malbec (sometimes called “Auxerrois” in this area) is an ancient tradition that has not lost respect.

While even Cahors has evolved a bit over the centuries, showing a bit more finesse than the old style nicknamed “Black Wine of Cahors,” it generally remains true to the variety and a capable partner at the dinner table. J.P. Chenet 2009 Cahors Malbec ($ 10.99) proved a good example at a fair price. You’ll find my tasting notes below, along with a Wine-Searcher.com link to more than 200 Cahors for those who want other options or simply don’t have a Trader Joe’s nearby.