How To Know When There are Too Many Winery Regions?

How Many Winery Regions are Too Many?

Over the years, wineries from America’s less-heralded grape-growing regions have pleased our palates with all sorts of signature varietals. Think pinot noir from the Pacific Northwest or riesling from New York’s Finger Lakes. 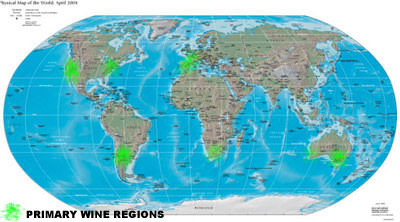 But what about zinfandel from…Cape Cod?

As strange as it may seem, there’s now a vineyard along the foggy Massachusetts seashore that’s making wine from a grape long associated with sunny California. Truro Vineyards, it’s called. And its “Maritime Zinfandel,” redolent with “flavors of currants and plums,” according to the winery, is a popular seller, even if it’s priced – at $18 – above what many quite decent California zins cost.

I happened to try the zin when I visited Truro Vineyards on a recent summer sojourn to the Cape. I can’t say I shared the winery’s enthusiasm for it. (My admittedly snarky tasting notes: “watered-down grape juice mixed with witch hazel and a squeeze of lemon.”) But it wasn’t entirely a wasted trip. I ended up liking the winery “fun” wines, including the “Cranberry Red” that’s indeed flavored with Cape Cod-grown cranberries (adding to the fun factor: the wine is packaged in a bottle that resembles a lighthouse).  And anytime you can spend an hour or so in one of world’s great places – the vineyards are practically within walking distance of the ocean – while enjoying a glass or two of wine, well, what’s not to like?

But therein lies the real point – and perhaps the real problem, especially for real oenophiles. The proliferation of wineries – there are some 6,027 in the United States, an increase of 67 percent in just the last six years, according to Wine Business Monthly — may be good for tourism, but is it good for wine? As someone who inevitably does a little stopping and sipping wherever I find myself, I’m increasingly convinced that this movement is largely about wine-as-sightseeing (as opposed to wine-as-wine). Even in Northern California – America’s Bordeaux, if you will – this has become a problem of sorts, with wineries starting to resemble theme parks for adults. TheFrancis Ford Coppola Winery in Sonoma County, for example, offers an array of attractions of the non-drinking sort, from a movie memorabilia gallery (playing off the Coppola connection, naturally) to a swimming pool (cabana packages start at $90 a day). 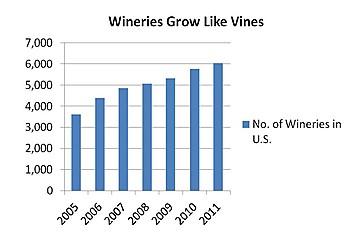 But at least the California wineries are making wine from locally sourced grapes, giving the vineyard experience a certain locavore appeal. That’s not always the case elsewhere. That Cape Cod zinfandel? The grapes come from – you guessed it – California, shipped by truck. True, Truro Vineyards does grow some grapes of its own: cabernet franc, merlot and chardonnay. But proprietor Dave Roberts says he’s got limited acreage (meaning he can grow only so much of the few types of grapes he can successfully grow). Plus, he’s aware that the public has interest in wines made from grapes that do well outside Cape Cod, where the climate and terroir truly limit the possibilities. “We’ve looked at our options to maximize what we get from here,” he explains.  The result? Cape Cod zin. (Roberts begs to differ with my assessment of the wine, though he stops short of giving it an unqualified thumbs-up: “I think it’s good. I don’t think it’s great,” he says.)

To be fair, it’s not as if there haven’t been great regional wines to have emerged from what might be dubbed the every-state-deserves-a-winery movement (and, yes, if you must know, there are wineries in Alaska – five of them, in fact).  And we’re not just talking those Pacific Northwest pinots. George Miliotes, a respected American wine authority who heads the wine program at the stellar Seasons 52 chain, says he always tries to feature local product on his restaurants’ lists. He’s especially high on the viognier – a floral varietal associated with France’s Rhone valley –  that’s produced in the Maryland/Virginia area. But he also agrees that the explosion in regional winemaking has been too tourist-driven and resulted in lots of mediocre wines. “You have to kiss a lot of frogs to find the prince,” he says of his trips through Wine Country, USA. 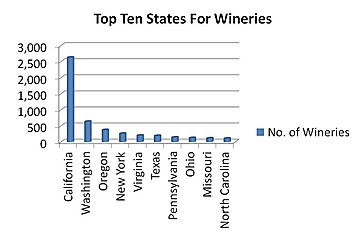 As for me, I’m not quite done with my wine-tasting travels just yet, though I increasingly approach a visit to a winery with my guard (as opposed to my glass) already raised. I’ve learned to listen with half an ear to all the speeches about how “if you look at a map, we line up perfectly with…” (Miliotes is especially quick to deflate that geographical thought bubble, noting that terroir matters little if you don’t have a skilled winemaker guiding the process.) I’ve also learned to be skeptical about those laundry lists of awards that wineries inevitably cite. (At some of the “competitions” behind such awards, it seems like you can win at least a bronze for just showing up.)

So, as you might have guessed, I didn’t return home from Cape Cod with a bottle, though I came close with that Cranberry Red. Well, let me clarify: I didn’t come home with a full bottle. But my son got a big kick out of the lighthouse bottle that Truro Vineyards uses – a design made especially for the winery by an Italian glassmaker.

Fortunately, Truro does sell empties – for three bucks apiece. The bottle proved to be the perfect souvenir.

Side dish: Speaking of terroir, you’d hardly find a better example of a true match between grape and locale than sauvignon blanc and New Zealand’s Marlborough region. In that regard, I’ve always been a huge fan of Kim Crawford’s version of the varietal – remarkably low-priced (you can usually find it at Costco for under $20) and just as bright, crisp and summer-y as many a higher-end white. But what I didn’t know is that the Crawford wines also are popsicle-friendly – that is, they work very well in the adult popsicles (meaning ones with alcohol) that are all the rage these days. At a recent media event at New York’s People’s Pops, I sampled a peach-vanilla-Sauvignon Blanc popsicle that was like summer on a stick – and well worth making at home (see the recipe here).

Table for One is a new Speakeasy column that looks at food and drink and their place in contemporary culture.