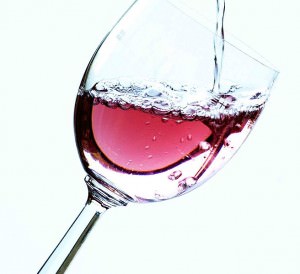 Wine Ratings by Publication or Service

Each wine region is the sole jurisdiction of one editor who has developed an expertise in that region’s offerings. Other editors can offer opinions, but the final (wine ratings) say comes from the region’s primary editor.

All tastings are conducted “blind.” Tasters are told the type of wine (varietal or region) and vintage. Flawed wines or wines that score very highly are re-tasted. European wines are sometimes tasted in the districts that yield them, where fresher, perfectly stored examples will be readily available. Wine ratings are based on how good a wine will be when it reaches its peak, regardless of how soon that will be. If barrel samples are being rated rather than finished wines, that is revealed.

Wine Ratings by The Wine Advocate

Tastings are conducted in peer group, single-blind conditions, which means the same types of wines are tasted against each other and the wineries’ names are not revealed, so niether price nor the reputation of the winery influences the rating in any way. If tasted several times, the scores represent a cumulative average. Overall, the score assigned to a specific wine reflects the quality of the wine at its best. Parker encourages readers to rely on the score with the written notes rather than the score alone.

Wine Enthusiast wine ratings are based on tastings by the magazine’s editors and other qualified tasting panelists, either individually or in a group setting. Tastings are conducted blind or in accordance with accepted industry practices. Price is not a factor in assigning scores to wines. Only wines scoring 80 points or higher are published. When possible, wines considered flawed or uncustomary are re-tasted.

All wine evaluations for tastings section are conducted under controlled, blind conditions, no exceptions. Wine & Spirits tastings are a two-step process. First, all wines submitted to us or purchased are tasted by screening panels composed of retailers, sommeliers, winemakers and other wine professionals whom we invite to taste with us. The wines recommended by our screening panels are then presented at a later date to our critic, who scores each wine and writes the reviews. The critic’s ratings are based on how well a wine performs within its category as labeled (varietally or regionally). Our goal with these ratings is for each critic to provide a consistent point of view against which you may measure your own taste over time.

Wines are scored relative to their peer group based on their expected quality during their period of peak drinkability. A “+” after a score denotes a wine that is likely to merit a higher rating in the future. All wines rated 90 or better are highly recommended additions to your cellar (or, where indicated, for drinking over the near term); wines rated at least 85 are recommended bottles that should provide pleasurable drinking. Precise scores are provided only for wines in bottle; ranges are offered for unfinished wines.

JamesSuckling.com is run by James Suckling, wine writer, critic and former European editor for Wine Spectator magazine. His new venture features wine ratings, reviews and videos on what he terms, “the best wines of the world,” featuring only wines he rates with 90 points or higher. Wines may be tasted blind or non-blind, and are rated for both their current drinking pleasure as well as their potential ability to age.